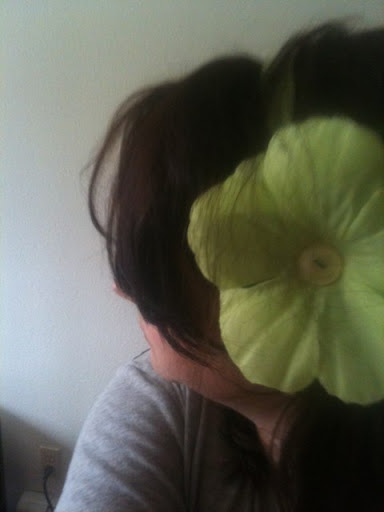 Well if you saw my blog pretoday, you saw the lameness of it. (my laptop hated me and then crashed so couldn't even attempt to cute it up). Anyway, my dear friend, Tifferooni fixed it up for me and cutsie'd it up. Yay tiffers. I heart you. In exchange, I'm sending her a headband. (the one pictured). Good trade huh?! 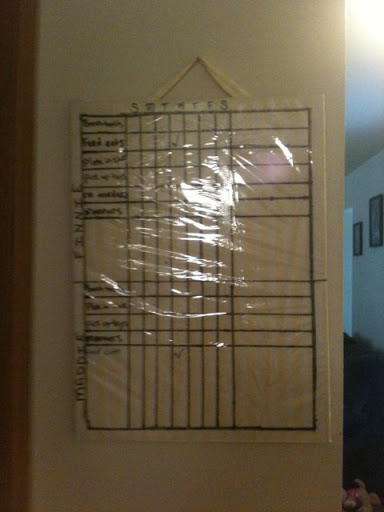 I've been getting pretty frustrated with my kids lately. (I'm pretty sure it's a giant case of cabin fever) but they don't want to listen-at all!! So today I made a chore chart out of random things I had around the house:part of my vinyl table cloth, tack board ($2-picked up weeks ago at a thrift store), staple gun, fabric. I added "chores" they did daily anyway (brush teeth, use manners) and added a few that we've been having issues with (pick up toys, put plate in sink, share) I've checked off the ones they've done. And erased some (listen to mom/dad) when they've misbehaved.
I told em of they get all their checks at the end of the week, they get a prize. (still undecided). So far they've been eager to get the checks...finger crossed it keeps up and helps my heathen children.

Today I got my spurs. 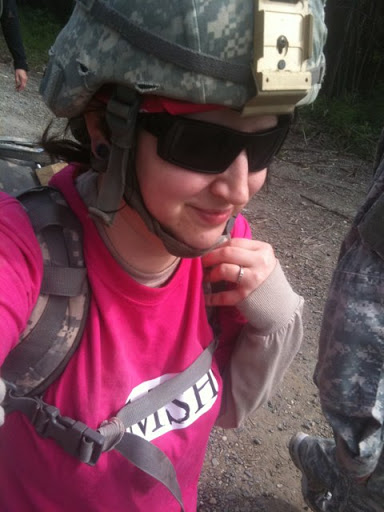 Well-the girlie equivilant(sp?!) of my spurs. David (hubby) is a cav scout in the army. It's an old cav tradition that they pretty much get hazed for a few days to get the spurs. There are gold and silver and it's a big cav tradition and yada yada. Anyway.... Spouses spur ride-yay. That was today. I'm exhausted. We had to meet up at 7:45 (on 4hrs of sleep-thank you Finnie). They gave us a safety brief. Then we learned how to clear a room. Like look for bad guys while not shooting or getting each other shot. Lol. (scouts kick in doors)
then we got to fire the m-16. Which is mega mother fucking heavy. Hahaha. I knew all about that biatch though. (thank you David and all his competitive board and study nights). From there we headed towards the obstacle course. OMG! We crawled in dirt under barbed wire, climbed up a giant wooden ladder thkngy and over it, did a balancing beam thing, did a belly roll (four GIANT logs really high off the ground that you hoist yourself up onto and roll across), a thing kinda like that-go over one, under one for like8 of em. I slipped and landed on my ass--hard to do!! And I have super short legs. Rofl. Hard to climb up those bitches.
Anyway, then we did a ruck march wearing the giant huge Kevlar (helmet) and the freakin backpack that wasn't the full 60lbs David wears but it was still like 20. Which doesn't sound like much, once you walk 45minutes like that-omg! Haha.
My arms hurt, my butt hurts, my legs hurt. I'm sore and exhausted. Oh then we went asking good guys and bad guys questions to figure out if they've seen the one bad guy we were supposed to catch.
And our team of 8 had like 5eggs that we had to pass around and keep safe. (they were our battle buddies. Lol).
Then ate MRE's and went home....

Anyway--spur ride dinner//ball is Saturday. Whooooopp. And David has to put a yellow (cavalry color) garter all up on me and be all ceremony type thing. Haha.

Anyway--pic of me laughing at myself while doing the "ruck march".

That's the link to my Facebook group of crafts. (actually all my crafts are on here because I'm on my phone and can't actually seperate the pictures that get uploaded) but yea.
Sorry the link isn't clickable-phone blogging. (see my "laptops hate me" blog).
<3

Back around Jan, my Dell crashed. The power supply thing stopped charging from the inside. Instead of paying hundreds to fix it, I settled for a tiny little Acer laptop....thank God for income tax $$. Well, it lasted march through yesterday. :(
I went to turn it on and it said it couldn't read such and such drive. Grr. The husband is on a mad hunt to fix it, but yea......
So-thankfully my phone has net and a blog app. Grr. I'm very frustrated with laptops.

But in other news-yard sales kick ass (and I spend WAAAAY too much) but the kiddies love their "new" toys. Finster has been on a toy story kick, so he's been flying around buzz and saving woody for the past two days. (super cute btw). He even tells miss spoiled butt that Jessie is hers. Haha.
Yup anyway, back to my mad man cleaning spree. Wish me luck.
<3

breathe in, breathe out.

Today has been one of those days..... see my blog title if you don't understand.... ONE me.... TWO MONSTERS.... AHHHH. Yes. Breathe breathe breathe. It is now almost 9pm my time. My house is silent. PRAY IT STAYS THAT WAY!! Mommy needs a minute to relax.
Ok.... so, *sigh* Here is a recap on my last couple of however long it's been since my last blog.
Went to a (david's) troop bbq. It CLEARLY was a boys night out kind of thing, so the kids and I ate and bailed. Told hubster to have fun and that we had couches for others to crash on. (25 minutes later, they'd already gone through 2 rounds of beer pong according to his text)
But, point being--my outfit was AMAZING! (At least I thought so) 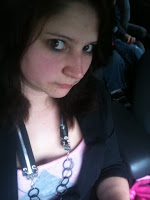 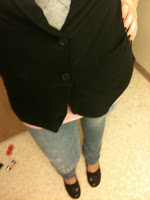 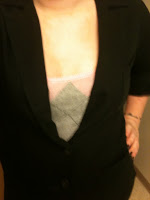 See my necklace?! Like my necklace?! I made it from THIS TUTORIAL. Craftaholics anonymous is amazing.
Of course, I had to improvise on some of the "supplies you will need" because the town I am currently in is seriously lacking on certain things..... (you should see the hair dye aisle-it breaks my heart) But-never the less, the necklace turned out pretty fantastic. I even made a 2nd one (which looks WAY better btw) in which I also seriously improvised, but with "better" parts (for lack of better word-i'm tired) than the first one. 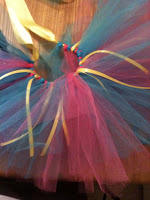 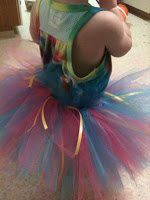 Miss Maddie looks pretty darn cute in it, but really hates it. I even made one for her "baby" too and when I put it on the baby doll, Maddie got REALLY mad and shook the baby around by the tutu until I pulled it off. Ha. But, she LOVED it when I put it on the cat. Poor cat.
Anyway, so much for that silence I was praying for.
Until my next minute of relaxation....
<3

Ooooooo, looky what I did.

The other day I was digging through old clothes, trying to find something to transform.... came across a shirt that i always liked, but it didn't fit right....
So I just turned it into a dress for Maddie! :)
the front scrunched up part used to be an extra tie around the neck. The now tie around the neck used to be over the shoulder spaghetti straps. the belt was extra material from the scrunches and tada! The boobs are of course still big, but other than that, I think it's pretty cute. 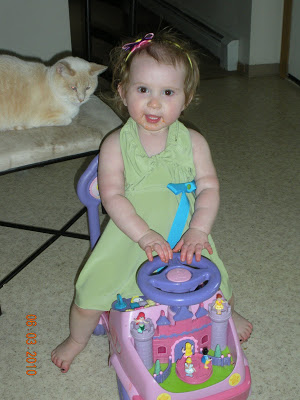 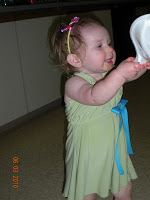