It's Friday! YAY! That really means nothing to me except I don't have to get up AND DRESSED to take the kids to school in the morning. We'll still be up at the crack of dawn but I'm okay with that (sort of) as long as I don't have to be rushed (or rushing kids) out the door.

Anyway, I thought I'd recap our week a little.

In blogland we had:

A recipe for chicken pot pie and a pretty rad giveaway. 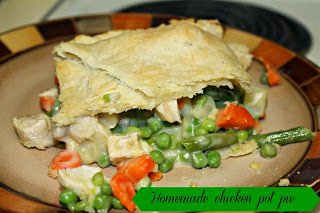 We had an update on my 52 weeks of Kindness challenge.
I've still been doing a lot of good deeds just not really blogging about them.

I showed you an easy/less messy way to do cupcakes- super kid friendly! Seriously, WAY less of a mess for kids. 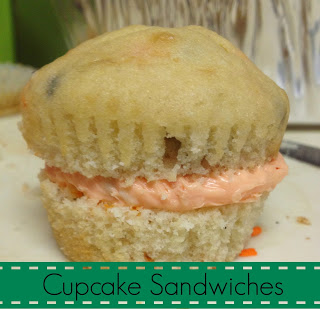 I also rambled a bit about blogging and rambling in general.
And there was also a pretty freakin' fantastic giveaway happening there too.
SO head over and check those out. Catch yourself up on all things My Three Bittles blog.

Fin mad a 100 on his spelling test.
Maddie told me the difference in Holidays and Seasons and then listed all 4 seasons which truly caught me off guard because I had no idea she even knew there was such a thing.
Owen started saying, "thank you" (FINALLY) and is saying sentences. Yesterday he said, "Mom! It raining?" and when I said yes, he said, "It wet! Ewww!" HA!

Fin had guitar lessons with Mr Steve on Wednesday.
Maddie had ballet.
Owen walked to Publix with daddy to get us drinks while we waited.

Fin is convinced that today is the last day of school forever so I had to explain to him that it's only for a week for Thanksgiving. Then I had to show him a calendar to show him when he goes back to school and explain that it was only a bit til Christmas break and that just confused him even more. Poor kid.
Maddie discovered commercials. I went to a friends house to sit and wait to let her kiddo in from school (she was at a Dr appt) and while there we were watching cartoons when a commercial came on and Maddie made it clear that she didn't wanna watch that cartoon! I had to explain to her it was just a commercial and that the cartoons would be right back. She then announced each commercial as it came on letting me know it was only a commercial. We don't have cable.
Owen ate dinner dressed up as spider-man and then woke up the next morning at 5:30AM (diaper rash woes) and watched two episodes of Super Hero Squad and went to find his Spider-man costume and insisted on wearing it while eating goldfish and watching.

David's back at work after his monthish off for the fractured tailbone. He has a Doctor appointment coming up soon to see where we're at on that mess.
I'm anxiously awaiting the weekend after Thanksgiving so that we can decorate! At first I FULLY planned on decorating before Thanksgiving so that when we have friends over the house looks all festive but then I realized that our friends have kids and that might not be a good idea but the kids do have the whole week off so we may still do it. I'll keep you posted that on that!

Speaking of Thanksgiving... we're having it here. On top of our five there will be seven other kids and seven other adults.
That's a total of 10 kids and 9 adults. 19 people plus a Bo devil dog in our house. It's going to be nuts.
Also, Owen turns two on Thanksgiving. I'm dying inside. It's too soon! I JUST had him! JUST had him!!

That's about it for our week so I'll leave you with some pictures from the week. 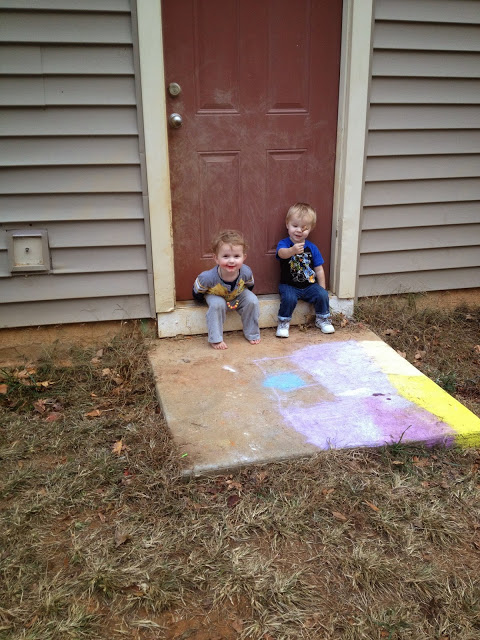 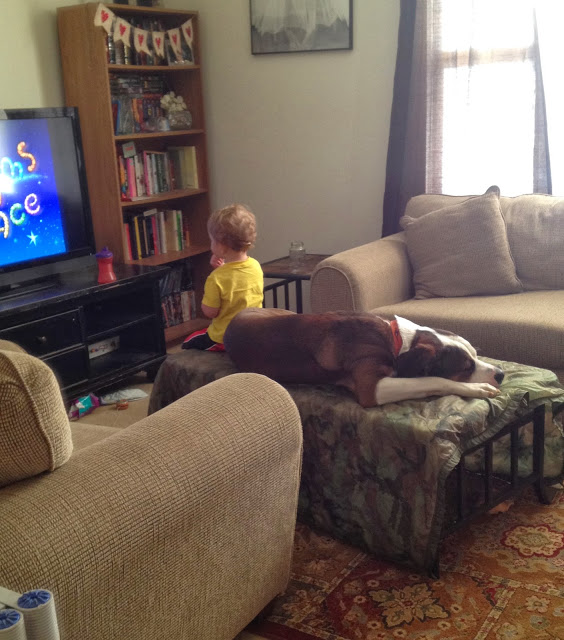 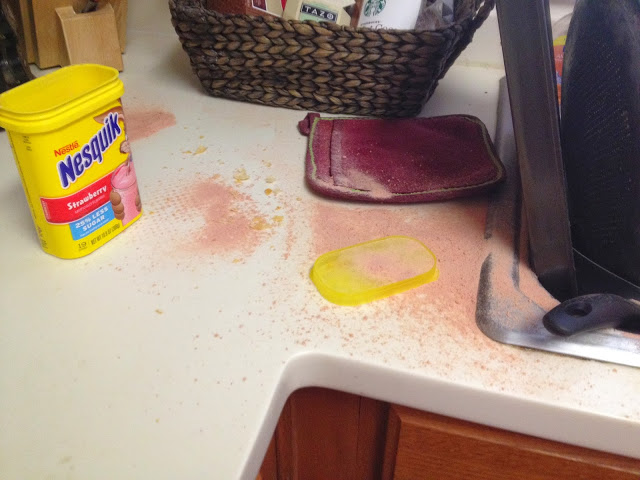 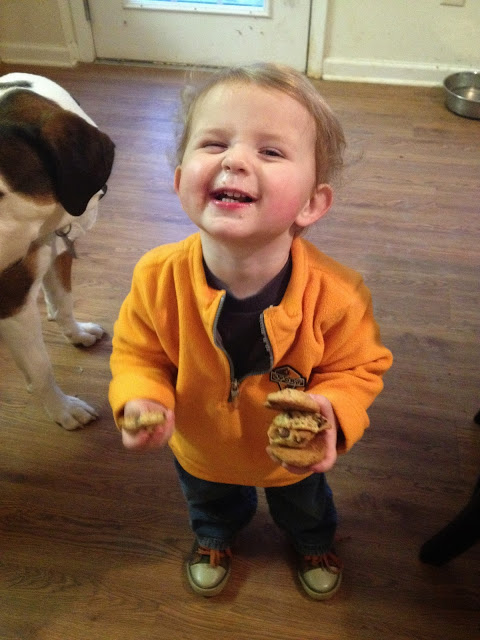 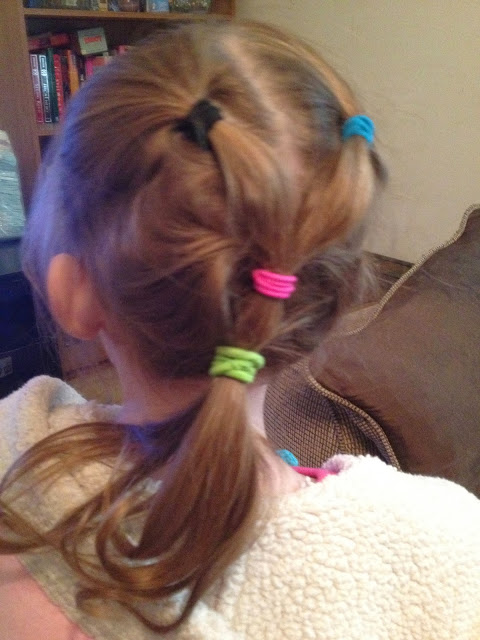 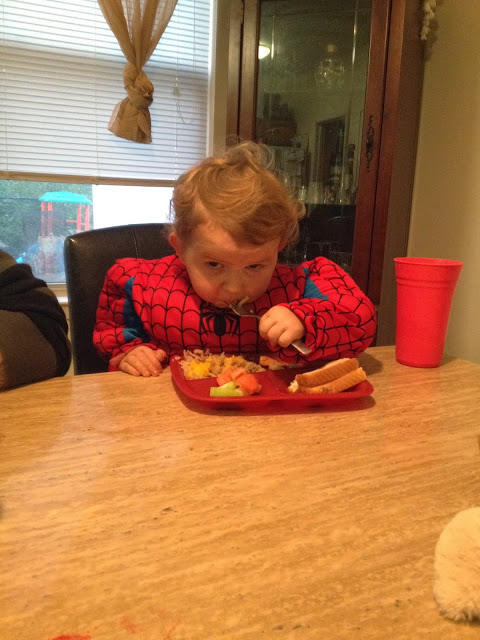 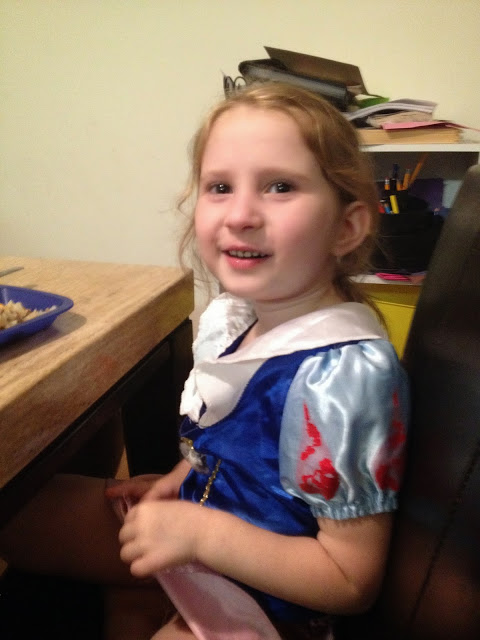 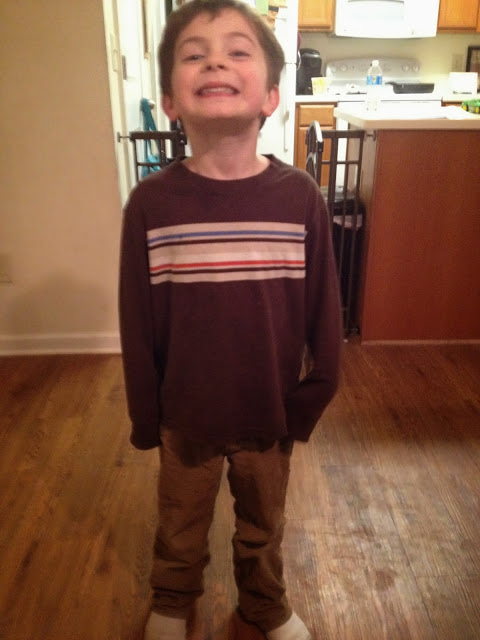 The strawberry powder on the top shelf.... I'm short. It was a mess.
Maddie's hair- it's rare she lets me fix it so I always take a picture to show her how pretty it looks.
Spider-man and snow white joined us for dinner and once again Fin sort of refused to take a good picture.