This is a sponsored post. I was compensated but all opinions are 100% my own.


Ahhhh! I don't even know where to start with this post! I think I was almost more excited about it than Fin was!
Okay, after looking at this picture again, maybe he was more excited about it. Look at his cute little face! He's seen TRANSFORMERS CONSTRUCT-BOTS at school and in magazines and has been drooling over them for a while now. 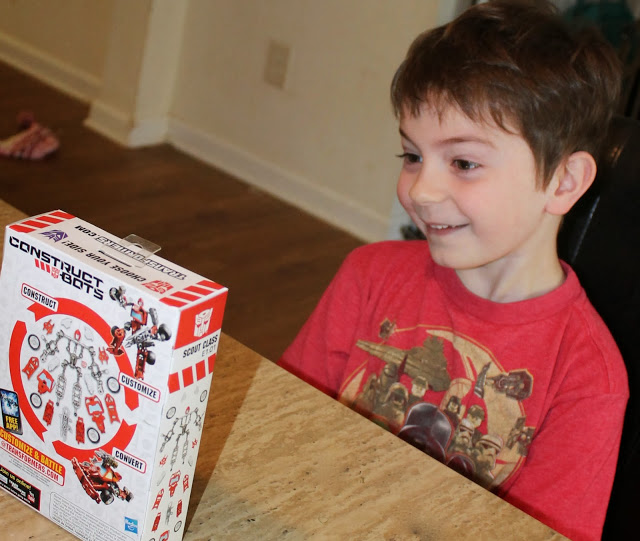 It actually lucked out the other morning that he was the first one awake out of the three so I figured it was the perfect time to sit and have some mommy/Fin bonding time.
He was super pumped to not only get to create his own Construct Bot but even more so that I had a minute to sit and build it with him! 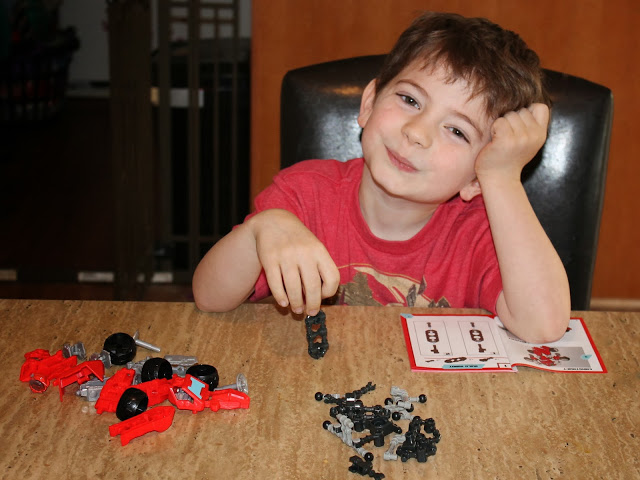 Each TRANSFORMERS CONSTRUCT-BOTS figure includes a robot frame and lots of armor, weapons and accessory parts to let kids construct a character like Optimus Prime or Bumblebee. We made IronHide. 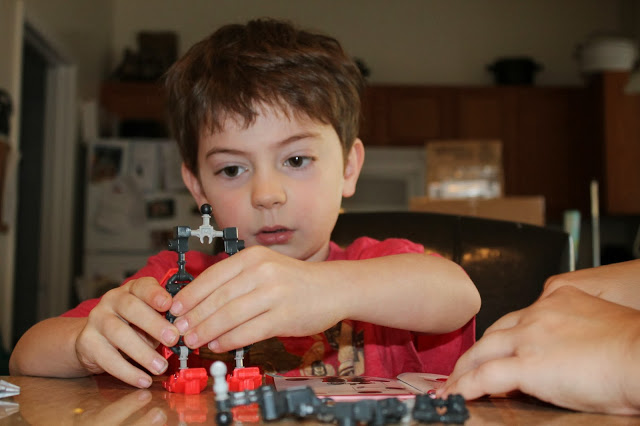 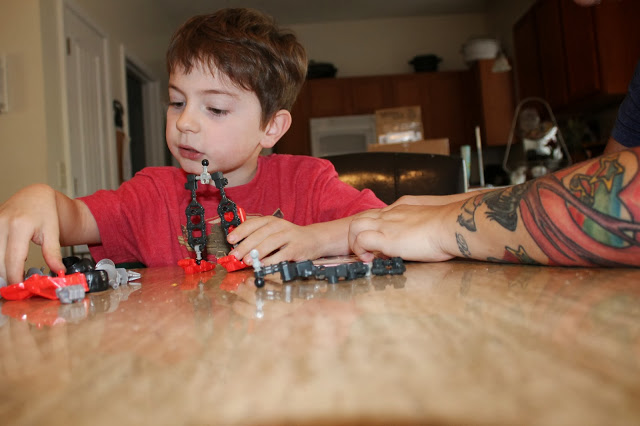 The fact that the parts are interchangeable between all the CONSTRUCT-BOTS makes it just THAT much cooler! Fin'll be so excited when he gets a few more of these for Christmas and realizes he can mix and match them! It's so cool that he can create his own custom characters. Even the AUTOBOT and DECEPTICON symbols are interchangeable! 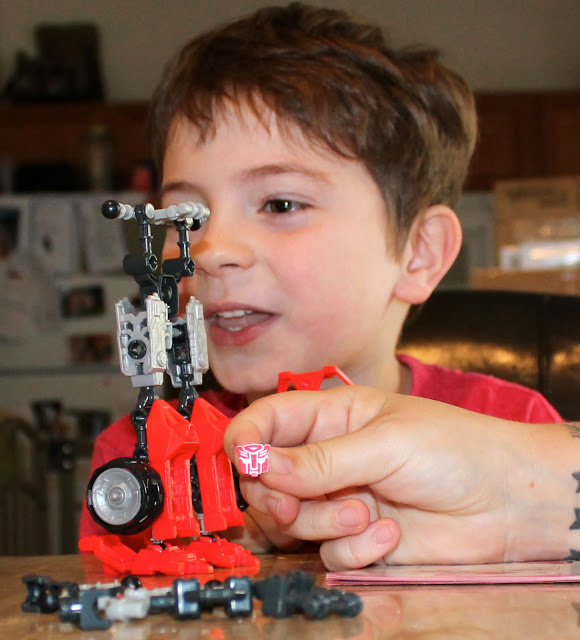 Fin loved that he could easily switch them from robot form to vehicle form without taking it apart. 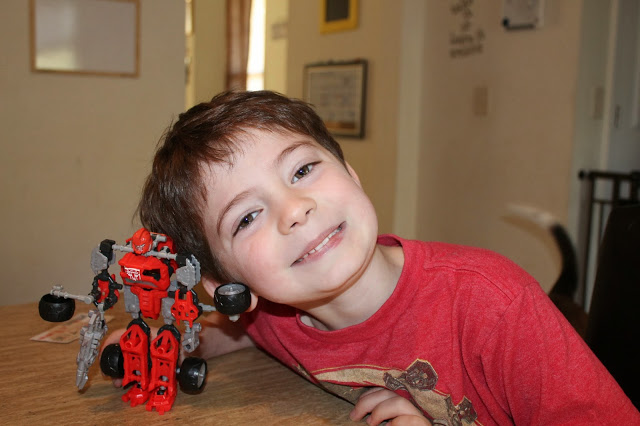 And then that afternoon I got to watch all three of my kids play together with different Transformer toys that Fin had. My heart melted. 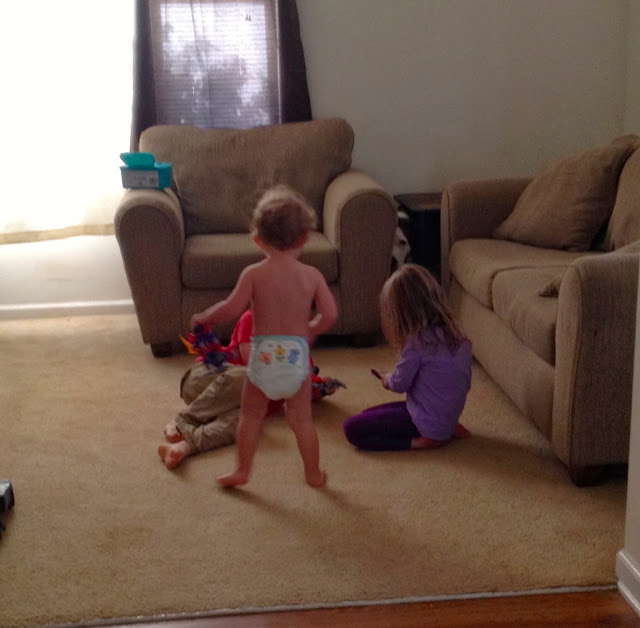 Sorry for the phone pic, it was the quickest and I knew if I tried to bust out my big girl camera they'd be on to me and stop playing so cutely!

Since building this, I've actually watched David sit down and play with Fin too which was just as cute! It's so cool that it's not just a kid toy. I had so much fun building with Fin and David had just as much fun playing with him. He was a big Transformers fan while growing up and actually stocked up on toys to give to Fin once Fin got a bit older (the toys that the kids are playing with pictured above). 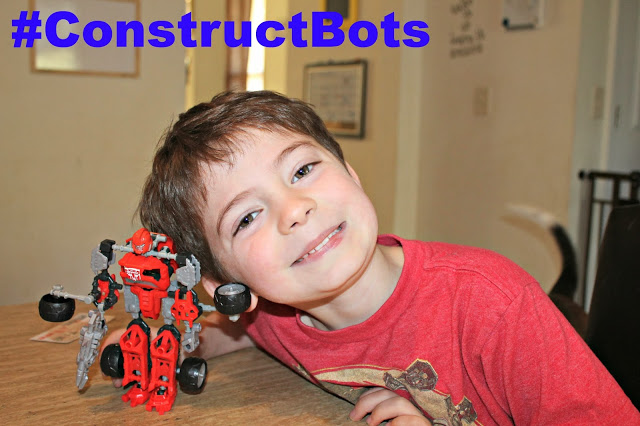 These TRANSFORMERS CONSTRUCT-BOTS will definitely find themselves under our tree as well as on my upcoming Gift guide for 6 year old boys!

I was provided the product to review as well as monetary compensation. All opinions are however 100% my own.

Labels: Fin, for the kids, Sponsored posts
Email ThisBlogThis!Share to TwitterShare to Facebook